Reflections from the training school "Moving Goods for Charity" 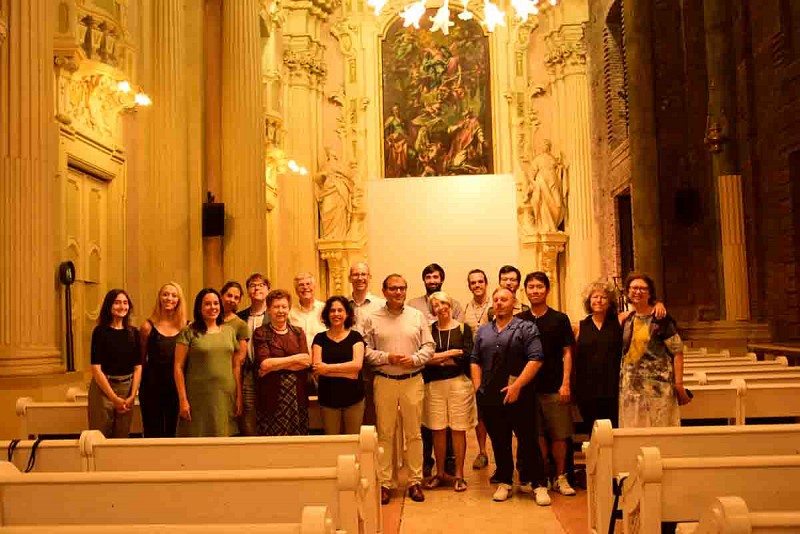 The training school Moving Goods for Charity Across the Mediterranean (15th-19th centuries), organised by the Centro di Studi sui Monti di Pietà e sul Credito Solidaristico with the support of the Fondazione del Monte di Bologna e di Ravenna in the framework of the Cost Action CA18140 People in Motion: Entangled Histories of Displacement across the Mediterranean (PIMo), was held in Bologna from 13 to 16 June 2022.

The school was attended by an international and interdisciplinary group of scholars and young researchers; video-presentations of the trainees are available on the YouTube channel PIMo COST Action. The training school aimed to analyse the multiple links between economy and charity in the Mediterranean area from the 15th to the 19th century and to investigate not only the institutions created in Christian, Jewish and Islamic societies to support people in need, but also the concrete actions put into practice and the objects put into motion in this sphere. The intense programme of the four days (available here) created a valuable space for confrontation and discussion, from which a number of reflections and new questions arose, which will allow to pursue studies on this topic, not only from a historical perspective, but also with an approach to the present. 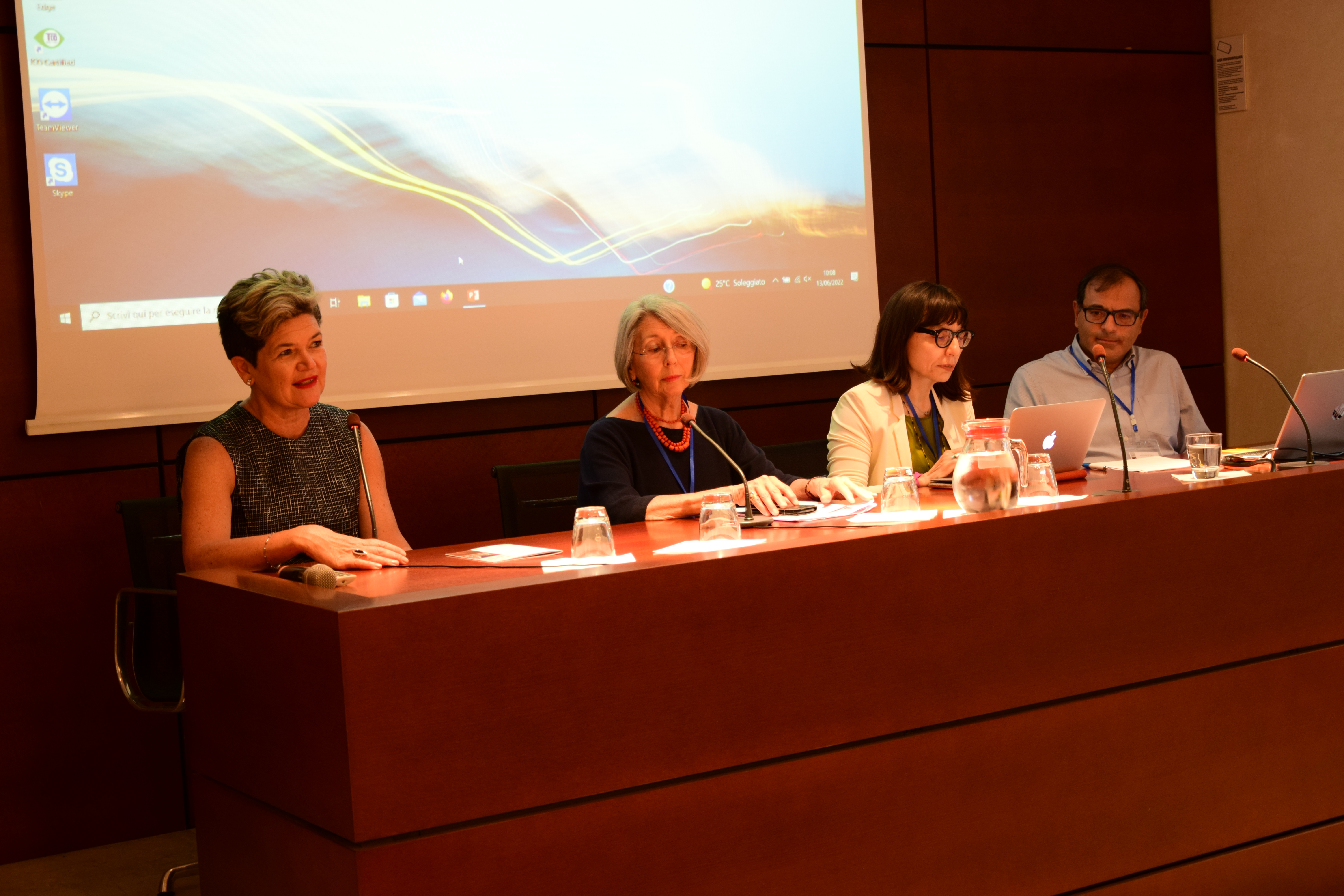 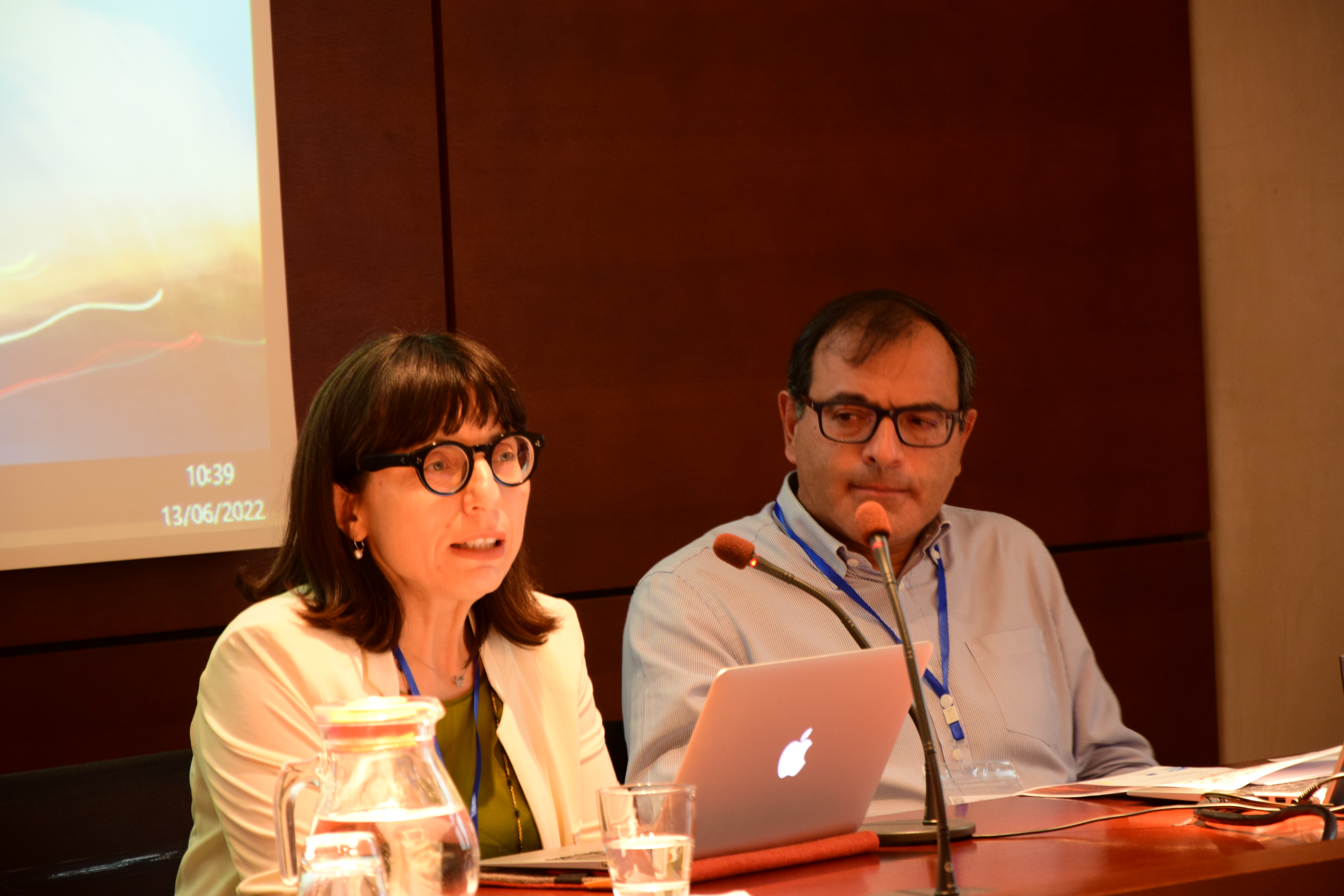 1. The training school highlighted from different viewpoints the importance of knowing well and comparing what has been attempted and achieved in the field of concrete charitable and solidarity initiatives in different historical periods and cultural/religious environments.

2. The proximity but also the difference between charity and solidarity, with the latter tending to have a more explicit political value. Late medieval and modern history highlight the relevance of charitable interventions in several cases, which at times implied the assumption of considerable risks; yet history also underlines the difference of the inner logic of these initiatives from the recognition of the right to a good life.

3. The importance of structures/institutions and of legal frameworks (e.g. the waqf) to deal with charity from different perspectives, from education to nutrition. In several of the historical cases analysed, it emerges a movement towards the formation of financial institutions. Is this transformation something constant or even inevitable?

4. The projects of assistance often – implicitly or explicitly – were meant also as (political) initiatives that aimed to bring order or to maintain order in the city/society – or also to (violently) impose order. Charity may be instrumental to control, up to extreme cases as when the logic and language elaborated to ‘help’ the poor (i.e. to keep them in a condition of inferiority, without recognizing them an autonomous agency, and forced to work) was later also used to justify and conceptualize slavery.

5. In several cases, the poor allegedly assisted by charitable institutions were clearly functional to processes of production and of capital accumulation. Men and women were kept at the level of survival and ready to be exploited for the hardest jobs – at times, without any real payment or with a symbolic one (e.g. the dowry for the putte of the conservatorio). The conceptual framework and the language of charity often fostered this type of project, yet how it was actually operated remains to be explored each time – as well as the process through which the poor were presented first as a spiritual opportunity and then as a financial (and exploitable) opportunity.

6. The importance of communication and emotions in these histories. This is quite visible in the specific case of the Monti di Pietà: the preachers (and their dramatic appeals) were decisive in obtaining what sometime had already been planned and attempted by secular circles, which however needed someone able to mobilize large strata of the society – a mobilization that had to be concrete (objects, money) and that may imply also the exclusion of competing projects or of some members of the same society (emblematic the case of the Jews). 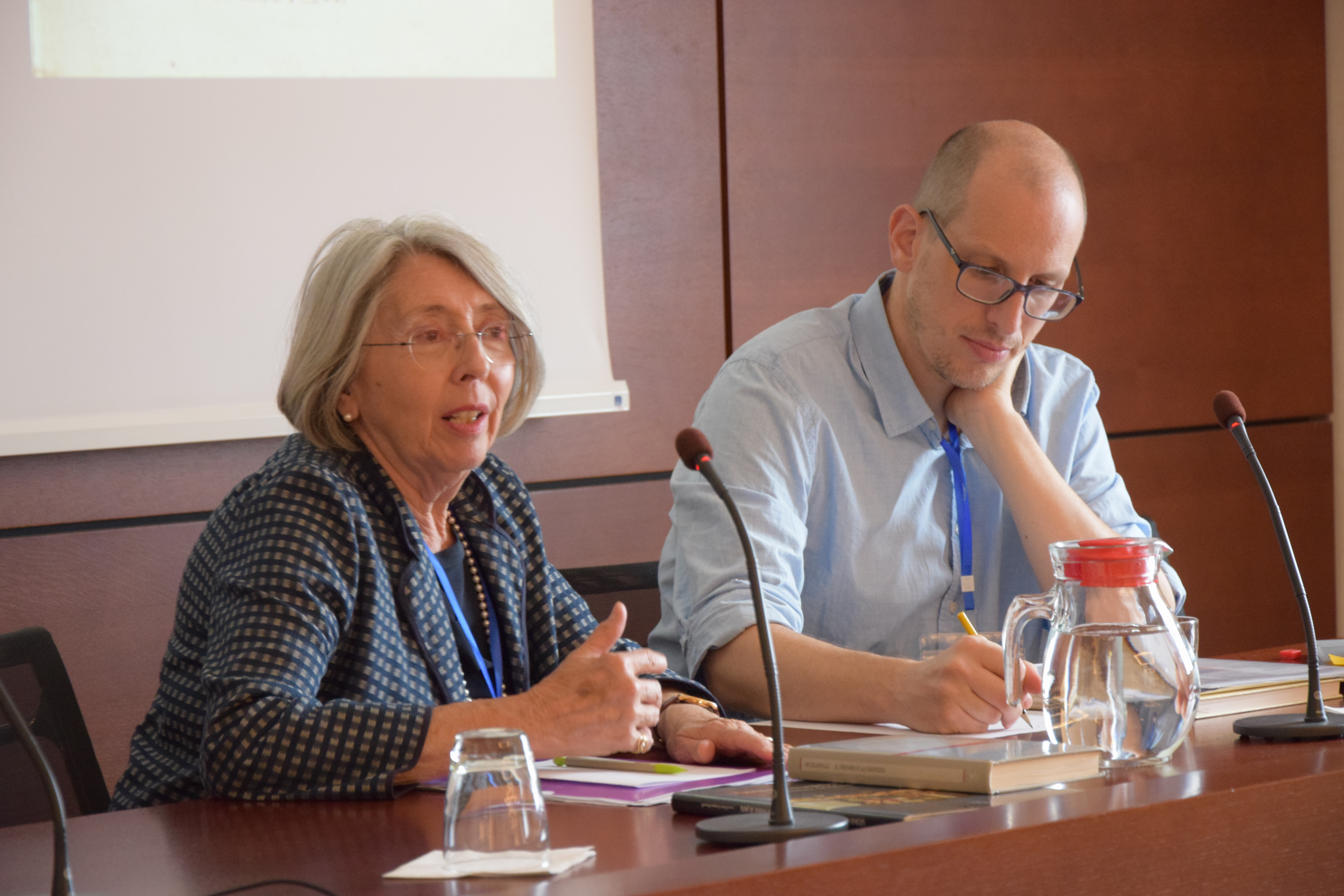 7. Fundamental differences between public and private interventions remain. Both types of intervention were needed – and indeed, tended to be intertwined in projects with a major goal. Is it possible to speak of a superiority of the public, in terms of scale of its interventions? And yet, the massive involvement of privates in charitable initiatives and/or donations is a constant along different societies across the Mediterranean (here, again, the waqf as legal framework is a promising point of comparison). There was an interplay, but also a significant difference, between top down initiatives (often part of some social engineering) and bottom up charitable/solidaristic experiences.

8. A visible trend in the ‘modernization’ of charitable intervention is the idea of the opportunity to ‘tailor’ the interventions to specific needs: to give dowry to girls, to invent specific types of Monti (the Monti frumentari or those tailored to specific working categories, such as those for silk workers) – with a specialisation by gender, age, and class.

9. Objects are central in the history of solidarity and provide scholars with a concrete entry point in the life of both the institutions and the people involved in this history – from the embroideries of the putte to the pawn given to the Monte, to the objects made intervention of a waqf to clothes or books donated to the Monte. The bundle (fagotto) – or today the plastic bag – may be seen as a powerful symbol of the objects in motion with people in motion.

10. Many of these stories intertwine with the different meanings and functions of the gift. Donors have a central but also ambiguous role, in particular when they are rich and powerful. Among donors, however, there are also people coming from the lower strata of society – as visible in the foundation of some of the Monti or in waqfs.

11. Food was an element and symbol of survival, but also an opportunity to put people in contact (e.g. the soup kitchen, not only in the past). However, food may be also an instrument of homogenization – even oppression: in the houses of catechumens, pork was offered to Jews, while more brutally in Livorno Jews slaves were humiliated using pork meat. 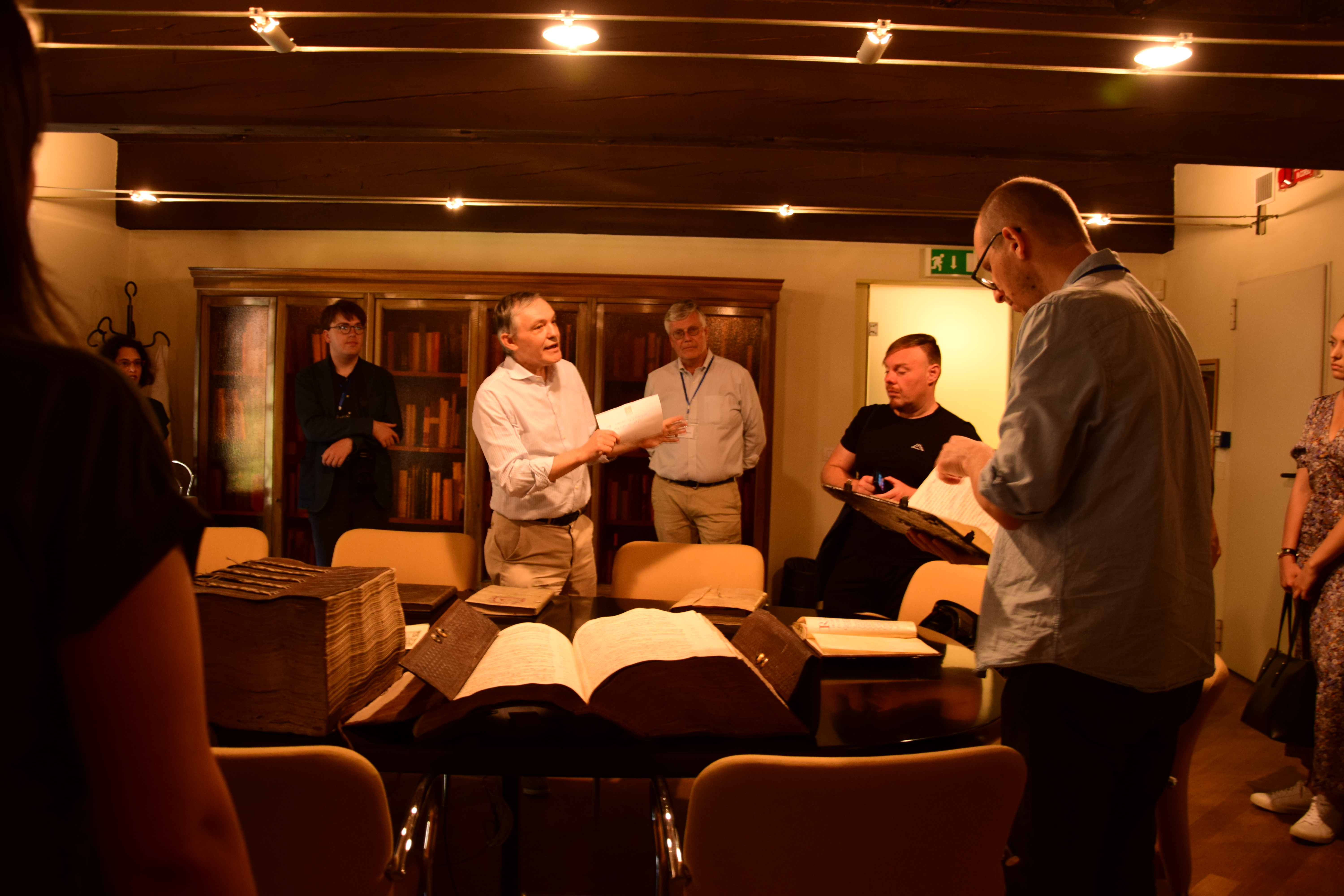